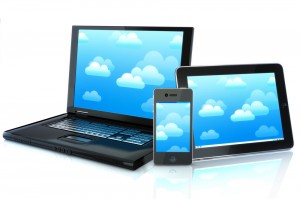 In an effort to innovate and exceed its competition, Xerox recently altered its business strategy to reflect the channel’s migration to Hardware-as-a-Service. Rather than focusing on remaining in the “copier business,” the company has moved to the “copying business” of providing turnkey, pay-per-copy programs. This will shift the reseller’s role from selling copiers to providing services such as makeing sure paper is purchased and stocked, the toner is at consistent levels and regular maintenance is scheduled and performed at the appropriate intervals. Xerox piloted the new model in Europe during 2011, and will aggressively move forward with partner recruitment during 2012.

The decision to make Xerox’s offerings align with as-a-Service models stemmed from the fact that its partners were growing more interested in software- and hardware-as-a-service models, according to Jason Oliver, VP Managed Print Services Deployment – North American Resellers for Xerox.

“These factors were the genesis of why we decided to put so much emphasis on deploying a strategy,” Oliver told Channel Marketer Report.  “The move that we’ve made to Managed Print Services is a work in progress. We’ve realized what’s involved with actually selling Managed Print Services because it’s something we’ve done for more than two decades now. We know what it takes to work with a large- to enterprise-level customer and not only understand what they spend in hard costs, but also how we can develop a customized solution.”

Due to the varying capabilities of each channel partner, the company implemented sales and operational plans that would appeal to organizations across markets.

“We realized that our channel would have a varying degree of appetite to either take on the entire sales process or part of it, or they’re going to be able to manage all of the implementation, or just a fraction of it,” Oliver explained. “We’re in the process of breaking it down into various models where a channel partner can choose to work with Xerox so we do a majority of the selling and implementation. Then, we have several variations that provide certification and accreditation, so the partner can do all or a fraction of either the selling or implementation.”

By providing a hefty variety of channel programs and offerings, Xerox is able to fulfill partnerships and maintain connections more effectively. To increase adoption, the company also has offered a variety of rates based on Xerox’s involvement in sales and implementation processes.

“We want to be able to engage different channel partners based on where they are,” Oliver said. “If a partner sells more hardware than services, and they have greater expertise in the implementation and less in selling, they can basically choose what they want us to take the lead in.”

Utilizing a method focused on collaboration, Xerox works with each partner in a more intimate, customized manner. This approach also is evident in Xerox’s partner marketing strategy, which relies heavily on the preferences of specific organizations and their unique needs. However, a key to success across the channel is to ensure that sales and implementation methodology, marketing themes and messaging are consistent.

“The goal of this overall program is to globally launch a managed print services platform that can be deployed across multiple business types,” Oliver said. “We wanted to provide consistent architectural technology, as well as selling and implementation methodology. It’s going to vary on the specific channel and how they engage with end customers, but the most important thing we’ve done is make sure people understand what the program is, how it works, and regardless of method they use to engage partners, they make it clear how we can work with partners for implementation.”