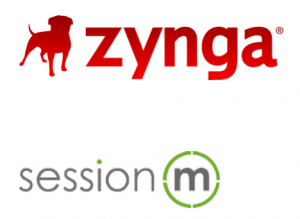 SessionM, a mobile loyalty and ad platform, has partnered with Zynga, the social gaming company and creator of apps such as Words With Friends.

As part of the relationship, consumers who play Scramble With Friends and unlock in-game achievements and interact with ads can win “mPOINTS,” which are redeemable for real-world rewards, such as gift cards for leading retailers. In addition, consumers can use mPOINTS to enter additional sweepstakes and contests.

The partnership was initiated to reward active, loyal players while providing brand advertisers with new opportunities to engage and provide value to players, according to Adam Sussman, SVP of Sales and Distribution for Zynga.

“Zynga is committed to delivering the most innovative and meaningful ways for our global network of players to engage with their favorite brands,” Sussman said. “Partnering with SessionM enables us to launch Zynga’s first mobile real-world rewards program to benefit our players while providing a unique value to brands, which can engage directly with their target audience.”

Since the inception of SessionM in 2012, the company has established partnerships with organizations including PepsiCo, Unilever, Universal and Viacom Interactive. The addition of Zynga will help establish SessionM’s positioning “as we endeavor to build the world’s largest mobile rewards network,” according to Bill Clifford, Chief Revenue Officer for SessionM.