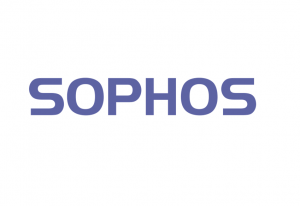 Sophos has experienced significant growth since the beginning of 2013, highlighted by new Channel Chiefs in the Americas, and Australia and New Zealand. Additionally, a new MSP program and more than 1,600 new partners worldwide have helped amp up the organization, bringing the total number of active partners to more than 12,000.

With the recent appointment of two new Channel Chiefs, Kendra Krause for the Americas, and Karen Delaney for Australia & New Zealand, Sophos will be equipped to spearhead new markets, as well as acquire new distribution partners, which are key to winning resellers.

Channel Honors And Recognition
Sophos has received recognition for both the channel team and channel program. Included among this year’s honors:

The company was also highlighted in the 2013 CRN Annual Report Card (ARC), which measures excellence in the IT Channel community and recognizes the top-rated vendor partners. Sophos was given the highest honors for product innovation in the Network Security Appliances category for unified threat management (UTM) solution, Sophos UTM.

Alicia Fiorletta is Senior Editor for Channel Marketer Report. Working closely with industry analysts and experts, Alicia reports on the latest news, technologies, case studies and trends coming to forefront in the channel marketing world. With a focus on emerging marketing strategies, including social, mobile and content for demand, Alicia hones in on new ways for organizations to market to and through their partner networks. Through her work with G3 Communications, Alicia also acts as Associate Editor for Retail TouchPoints, a digital publishing network focused on the customer-facing area of the retail industry.

View all posts by Alicia Fiorletta →