Cisco Study Reveals The Current State Of IT Cloud Migration

Posted on May 15, 2012 by Channel Marketer Report in Channel News, Managed Services / Cloud

The growing prominence of cloud computing and cloud-based solutions is coming more to the forefront, especially within the IT sector. Although industry benchmarks have pointed to this transition to the cloud and managed services, new research from Cisco indicates that IT decision-makers are facing an array of challenges during their transition to cloud-based applications.

“The 2012 Cisco Global Cloud Networking Survey,” garnered insight from more than 1,300 IT decision-makers in 13 countries. The study was implemented to measure current adoption of cloud services worldwide, as well as primary pain points during this shift in operations. For example, results indicated that 38% of IT decision makers would rather get a root canal, dig a ditch, or do their own taxes than address network challenges associated with public or private cloud deployments.

However, when asked which applications have been moved or are expected to be moved to the cloud within the next year, a majority of respondents cited email and web services (77%), followed by storage (74%) and collaborative solutions such as chat capabilities and web conferencing (72%). Moreover, the majority (73%) of respondents felt they have enough information to begin their private or public cloud deployments. This infographic spotlights respondents’ sentiments and plans for moving to the cloud. 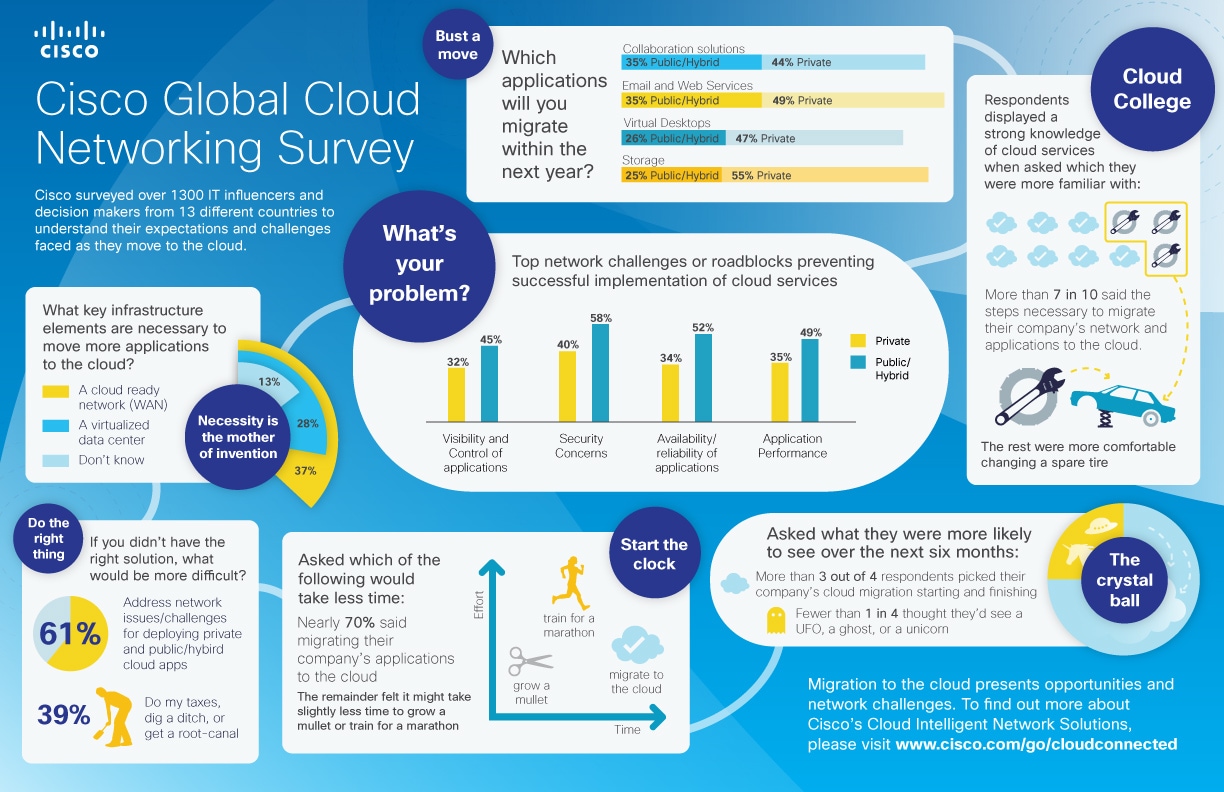