Posted on April 19, 2017 by Terry Moffatt in Channel News 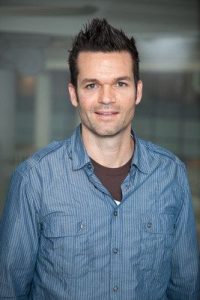 BrightFunnel, a marketing attribution platform, has appointed Chris Mann as Chief Product Officer. Mann will be responsible for innovating products that empower marketing teams to show impact on revenue.

Mann joins BrightFunnel from LinkedIn, where he led the Marketing Solutions division. Prior to that, he was VP of Product Management at Bizo, where he helped create, build and lead the company until it was acquired by LinkedIn for $175 million.

The appointment of Mann is part of the company’s growth initiative supported by its Series A funding round in December 2015. BrightFunnel has been hiring at a brisk pace, already growing its headcount 4x in the last two-plus years.

“I’m delighted to welcome Chris Mann to the BrightFunnel executive team,” said Nadim Hossain, CEO and Co-Founder of BrightFunnel in a statement. “He has extensive experience working in the B2B marketing space, and his boundless curiosity, passion, and drive make him an excellent fit to lead the BrightFunnel product team.”